Surviving in the big city

Humans have a lot of impacts on the world. While many types of habitat are in decline, there is one that continues to expand - urban areas. Here at Lincoln, even though we are 14 kms from the edge of Christchurch, there is a lot of development. Subdivisions with names like Lincolndale, The Grange and (improbably) Lincoln Palms have been sprouting up all around the village. This is a ongoing issue in much of the world as increasing populations, as well as increasing middle classes, require more urban space to live in. Of course there is a impact on the local ecosystem in all this with many species struggling to survive in these new habitats. Plant species often persist in areas of urban development but the unique pressures of living in close proximity to humans can make long term survival of species difficult. Perhaps there are traits thats some species have that allow them to do better in urban environments compared to other species? A group of international researchers, lead by Richard Duncan from the Bioprotection Centre at Lincoln University, have looked at plant species in eleven cities from around the world that are at least 160 years old and tried to identify traits that allow plants to avoid extinction. Duncan and colleagues obtained information about the changes in plant species for at least the last 100 years from cities all around the world: Adelaide, Auckland, Chicago, Hong Kong, Los Angeles, Melbourne, New York, San Diego, San Francisco, Singapore and Worcester, MA. The researchers wondered whether native floras in urban environments would become similar over time in the different cities as certain types of plant species did better than others. They were able to collect data on a number of plant traits that might increase or decrease the chances of a plant species surviving in these human-modified habitats. Traits included: plant height, seed mass, growth form, dispersal mode, longeviety, nutrient uptake strategy, pollination system, how prickly they were, and what habitat they preferred. Given that the cities were from all over the world, this resulted in a dataset with over 8000 plant species!


The results, published in Global Ecology and Biogeography, were extremely variable between the cities. Extinction rates ranged from 28% (Singapore) to 1% (San Diego) although there were two major groups, one with low levels of extinction (Adelaide, Hong Kong, Los Angeles, San Diego, San Francisco) and the other with higher rates (the rest). Those cites with higher rates of extinction were generally those regions that had previously be cleared for agriculture before becoming urban. Of the traits associated with extinction, the biggest predictor was plant height (taller plants were less likely to go extinct - presumably because we like large trees and protect them). Species with lighter seeds and a preference for forest or riverside habitats were also more prone to extinction. Otherwise there were no consistent findings which surprised the researchers. These results suggest that there are few common pressures exerted by the urban environment at the global level. 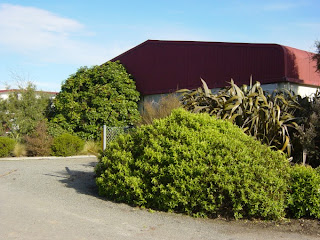 This research suggests that it is difficult to predict which species will survive in an urban environment. This is probably because the ecology of urban areas is complex and also depends on the particular history of the area before and during urbanisation. So if you are looking for tips about surviving in the big city then it appears that there are few global answers.

Posted by Adrian Paterson at 4:11 PM