Names are extremely important in our lives. Giving something a name allows us to collect knowledge about that something. The something becomes part of our world. Something to interact with now and later. In biology names are just as important. We wouldn't get far if we had to talk about the smallest, flappy thing that swims around in the big, blue wobbly thing. Or adorable, fluffy thing often found in urban structures with big-brained bipeds. Calling then Little Penguins or kittens respectively saves a lot of time and is so much more precise. In biology we are most interested in species names, and because humans are so good at giving names to living things, science has agreed on a system that gives each species a scientific name, the genus and species names. Little penguins are also known as blue penguins and fairy penguins but to science the species is known as Eudyptula minor. And it is known by this name everywhere regardless of what the locals call it. This means that scientists know exactly what species is being talked about when we read about a piece of biological work. 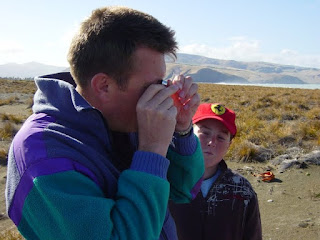 The science of naming species is known as taxonomy. This is an old science as far as biology goes, going back to Linnaeus in the 18th Century. Given that scientific names underpin all biological research you would expect that taxonomists would get due recognition for the job that they do. This is not exactly the case. In a paper in Bioscience, Taxonomy and irreproducible biological science, Lincoln University's Cor Vink and Rob Cruickshank join with Canadian Pierre Paquin to point out that taxonomy is given a poor deal in scientific papers. Basically they argue that the methods in a scientific paper should be detailed enough for someone to re-do the experiment based on what they see in that paper. For the most part this is the case. But, curiously, when it comes to the fundamental question of which species the research is actually about there is usually nothing to say why the scientists were confident about the identity of the species that they were working on. This oversight probably stems from taxonomy being an old science and current scientists feeling that they just don't need to worry. 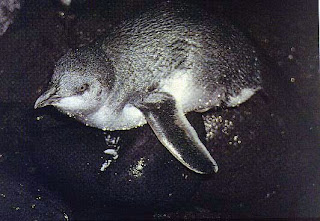 In this day of molecular studies with new species being discovered at a fast rate, old species being split into several new ones or several old species being merged into one, there is an important need to know that the species you are talking about is the one Joe Bloggs discovered in 19 ticketty boo rather than the subgroup identified just last year by Jane Blogger. Vink and his colleagues argue that acknowledging the taxonomic source of the species that you are working with is good science, good for your paper, good for the taxonomist (as they get some kudos for their work) and doesn't add much to the length of papers. Which is nice when you want to tell you little penguin (Eudyptula minor Forster, 1781) from your kitten (Felis catus Linnaeus, 1758).
Posted by Adrian Paterson at 5:01 PM

Neat. As I'm sure Cor and Rob note, just citing the taxonomist source of the name doesn't mean the identification was made correctly. I'm aware of a small few ecology papers that were not written about the species they claimed to have been studying because of misidentifications. This would be much easier to catch if it were not for the a sloppy habit these days of not vouchering specimens in collections for future verification of identifications. Doing that would be good for the science and the long term sustainability of museum collections.

I hadn't though of this before. Most articles I have read don't state how they know it is a certain species, or how confident they are of their identification.