This blog post was written by postgraduate student Thomas Wabnig as part of the course, Research Methods in Ecology (Ecol608). Thomas revisits a Lincoln University research area on the use of toxins for possum control published since the early 1990s.


Looking at a picture from one of New Zealand's National Parks, we can see a lot of different tree species. When we go out and count the trees we would come up with a number, called “tree-species-richness”, that is a measure of diversity. Different areas have different diversity. Why is it that certain places have more tree-species than others? In 1999 research was carried out at Lincoln University to explain why this could be. The research found that forest-turnover and tree-species-richness in New Zealand's temperate forests were related to each other just as had already been observed in tropical rain-forests. Besides understanding this relationship it is also important to find an explaination for it. The findings of this paper are still valid and help to understand long term changes in New Zealands’ forests. 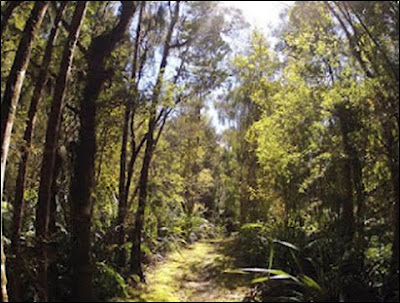 
Mortality and recruitment are the main factors that contribute to forest-turnover (change of species). It has been observed in the past that high turnover leads to an increased species richness. Disturbances, such as wind, snow or disease, have an influence on the mortality and lead to a higher turnover rates. Understanding these relationships is important in order to explain national-scale diversity patterns more comprehensively.

The relationship between disturbances and diversity was investigated in the 1970s and led to the formulation of the “intermediate disturbance hypothesis” that states that diversity is highest when disturbances are neither too frequent nor too rare. Hence the 'right' level of disturbance is important and could be the result of seasonality that increases with increasing latitude. This means that tropical rain-forests have more stable weather-conditions throughout the year whilst New Zealand has a distinct change of seasons with occasional cyclones. The seasonality on the one hand might constrain the proliferation of vermin and on the other sometimes generate minor disturbances. Overall, the interaction of mortality and recruitement (forest-turnover) as a result of disturbances and seasonality is a model of trying to understand the complex relationships between them and explain tree-species-richness in New Zealand.

The dynamics of all those factors (mortality, recruitement, forest-turnover, species-richness, latitude) is still the subject of current research and raises a many new questions, such as the impacts of insects or browsing animals on tree-mortality. In fact, an ultimate explanation has yet to be found and current and future research will continue to look for answers that explain those dynamics.