Everywhere is different (but there's one like you everywhere)


There was a great line in the first episode of the new series 'Silicon Valley' where the leader of large (fictional) IT company observing his employees out of his window says “It’s weird — they always travel in groups of five, these programmers. There’s always a tall skinny white guy, a short skinny Asian guy, a fat guy with a ponytail, some guy with crazy facial hair and then an East Indian guy. It’s like they trade guys until they all have the right group.” As an evolutionary biologist my ears pricked up at this and I couldn't help thinking that this was a great example of where populations or communities can be different from one another in terms of genes but functionally the same as each other. That is that, despite some cosmetic differences between populations, the same stuff (say behaviour) gets done in each population. 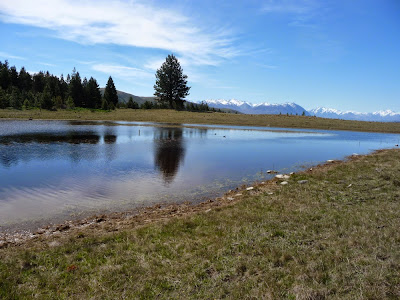 We like to think that as individuals the roles that we play in our communities (at home, work and play) are important and even unique. And at some level this is true. Nobody exactly replicates your roles and choices. However, at another level there are people just like you everywhere, playing similar roles and doing similar things. For example, I play a very large role in running junior cricket at Lincoln. I make sure that our introduction to cricket sessions are running through the season (and take them), I organise registration and oversee the formation of our Lincoln teams for the various junior cricket sections and make sure that there are coaches associated with these teams (and I coach one or two of these teams). And I play a similar role for our local youth cricket club as well. With Lincoln junior cricket I play an important, and possibly vital, role. The thing is that when I look at our other local clubs (Darfield, Kirwee, Tai Tapu and so on) I see the same thing. In all of these clubs there is someone similar to me organising the club. We are different people with different genes, we have different experiences and histories, and our clubs are structured differently but we are functionally the same, we play the same roles in these specific communities. Obviously, this same observation applies to other sports run by volunteers and probably to most other things that we do as humans. So communities everywhere are different but there is someone like me everywhere. 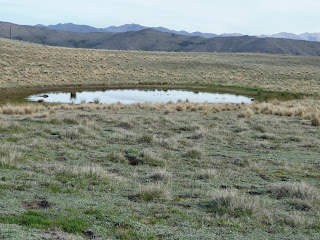 Why stop at humans? In a paper by Hannah Buckley, Brad Case and Gavin Lear, with postgraduate students Julia Bellamy and Jack Lee, published in The ISME Journal, it turns out that bacterial communities work in a similar manner. The Lincoln University team set up a study in freshwater ponds (more precisely kettlehole tarns) near Lake Tekapo. Each pond was around 3000m2 and shallow (up to 50cm in depth) and they were a few hundred meters apart. Over a hundred samples were carefully extracted from 5cm below the surface of these ponds. The identity of the bacteria in each sample was obtained by molecular analysis and community function was identified by measuring how well each bacterial sample assimilated carbon from the water. With this impressive data set, the team were able to make some surprising discoveries. Bacterial communities contained different bacterial strains/species when separated by 20 metres or more! So even within a pond, with clear water, populations are different within the pond. However, the team found that community function did not change much at all between these populations. Each bacterial community in these ponds had different residents but these residents played similar roles to residents in other populations. The same stuff got done, in this case carbon was assimilated. So even in the microscopic world everywhere is different but there's one like you everywhere. I wonder which species is organising the interpond cricket?
Posted by Adrian Paterson at 1:50 PM