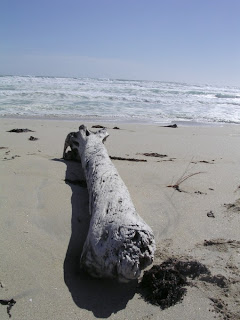 It would seem like a no-brainer to suggest that New Zealand is made up of a group of oceanic islands. After all, New Zealand IS a group of islands set in, what can only be described as ocean; with plenty of it in all directions. However, most descriptions about the history of New Zealand emphasize the point that New Zealand is a continental island and therefore very different in origin than oceanic islands. What’s the difference? Oceanic islands are islands that have been generated in mid ocean, usually by volcanic activity. They are emergent from the sea. The Galapagos Islands are a good example of this. Continental islands, on the other hand, were once part of larger landmasses that have become isolated from these continents. New Zealand was geologically once a part of the large continent of Gondwanaland and qualifies as a continental island. Or does it?

More...
A review paper by Julia Goldberg and Steve Trewick (Massey University), with Adrian Paterson (Lincoln University) has challenged this idea. The paper, published in the Philosophical Transactions of the Royal Society B, is part of a special issue on “Evolution on Pacific Islands: Darwin’s Legacy” and is entitled “Evolution of New Zealand’s terrestrial fauna: a review of molecular evidence”. The authors argue that several observations are commonly made about the New Zealand and its natural history: 1) New Zealand is isolated from other landmasses. 2) The biota is unique. 3) There is a high level of endemicity (species only found in NZ). 4) It includes many behaviourally or morphologically strange and distinctive taxa (divaricate plants, strange reptiles, giant birds). 5) The composition of the biota is disharmonic (some groups are over-represented and many are not found in NZ at all, no snakes, few ants and mammals).

These observations have generally been interpreted as the result of a long isolated continental island biota. However, Goldberg et al challenge these points: 1) Physical isolation does not equate to biological isolation (all oceanic islands with no mainland links eventually end up with relatively large biotas). 2) All biotas of distinct areas are, in fact, unique! (That's what makes them distinct!) 3) Endemicity is usually high on islands, including oceanic islands like Hawaii. 4) Distinctive taxa are common products of evolution on islands, like the Dodo and Galapagos finches. 5) Disharmonic biotas are best explained by random colonisation and extinction events (It is often somewhat unpredictable about which species will successfully colonise).

Goldberg et al reviewed the molecular data that have accumulated over the last two decades for New Zealand taxa. This data allowed scientists to examine evolutionary relationships of species and the time of divergence of lineages since their last common ancestors. They looked at links between New Zealand and Gondwanan landmasses, Australia, the Pacific, the Chathams, and within New Zealand. The overwhelming pattern of most of these studies is that taxa have arrived in New Zealand since the break up of Gondwanaland (see also The different meanings of Gondwanan) and that diversification is relatively recent. Again this is consistent with New Zealand being an oceanic rather than continental island. This is a major challange to our understanding of New Zealand's natural history and should stimulate debate for years to come.

Posted by Adrian Paterson at 1:58 PM