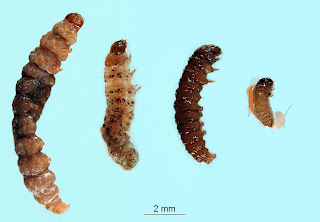 Most people know that gorse is a major prickly problem weed. Gorse (Ulex europaeus) was introduced to New Zealand as a stock food and hedge material. However, our climate suited it and in a lot of New Zealand there were two reproductive periods. In a short period there were a lot of seeds underground and it wasn’t long before it was declared a noxious weed.

Prior to the 1990s, control of gorse was principally by the use of chemicals. However, the public realised there was a high risk of danger from some of those chemicals, so they started to request alternative control methods. Landcare Research and others began to study biological agents of different weeds. In Europe there are 94 invertebrates recorded that feed on gorse. This research found that 78 were not considered safe biological control agents because their host-range was too wide. Of the remaining 16 species which were sufficiently host-specific biological control agents, five attack reproductive structures and 11 feed on green shoots.

One of the biological agents released in New Zealand was the gorse pod moth (Cydia succedana). This agent’s larvae enter the gorse pod and munch away on the seed. The larvae will enter several pods before they pupate.

Recent Lincoln University masters student, Craig Sixtus, who is fascinated by the tenacity of gorse, studied the phenology of the gorse pod moth on gorse in Canterbury. Pheromone traps were set at McLeans Island, a warm, lowland site and Hinewai Reserve, a cool, upland site.

Now Craig is about to begin his study for his PhD where he will study the phenology of the gorse pod moth and the impact that it has on the seed production of gorse throughout New Zealand. He wants to see if the difference in climatic conditions affects the performance of the seed muncher.
Posted by Craig Sixtus at 8:54 AM No comments: