One of the contentious debates in New Zealand biogeography (the science of explaining the geographical distribution of species) is about what happened at the end of the Oligocene period (24-21 million years ago). We have known for a long time that most of New Zealand's current land area was underwater during this period. However, a recent paper in The Geological Magazine reviewed the geological and biological data for any sign of land during this time and decided that there was no convincing evidence. The authors, including Adrian Paterson from Lincoln, suggested that the possibility of complete submergence of New Zealand during this period was something that had to be seriously considered. This has been a controversial idea because it means that all of the species native/endemic to New Zealand had to have arrived here from somewhere else over the last 20 million years. All of them. Kiwi, tuatara, kauri. 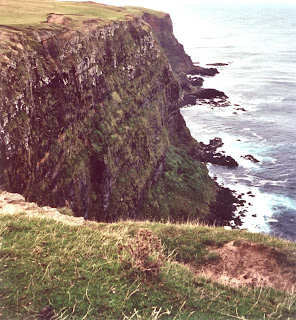 Our blog has commented on this issue here, here, here and here. The Geological Magazine has now published a response to the earlier paper by Mike Pole and a reply from the original authors.

Pole has raised a number of issues with the original paper and concludes that the New Zealand flora does not support the idea of total submergence. Landis and company have responded in several ways. First, they are surprised at Pole's comment because in a landmark paper in 1994, which inspired the current research, Pole said ‘it is probable that the entire forest flora of New Zealand arrived by long-distance dispersal.’ Second, Pole states that there are coal deposits in Southland that may have accumulated through the Oligocene which means there were continuous forests growing (on land) through this period. Landis and company point out that it is difficult to show continuous deposition of organic material (it could be interrupted for considerable periods) and that the dating of this lignite seam is fairly broad (and could easily be from the late Miocene - after the drowning and when New Zealand had begun to emerge).

Third, Pole points out that there are fossil pollens for lineages, like the southern beeches (Nothofagus), that are found before and after the drowning period, arguing for a continuous presence through this period. Landis and company point out that pollen for many plant lineages, including Nothofagus, is very generic, that is it is hard to tell the difference between species. So the pollen fossils tell us that Nothofagus species were present in New Zealand before and after the 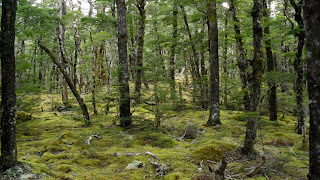 drowning but not that they are the same species. Molecular analyses suggest that modern southern beech tree species colonised after the Oligocene. Finally, Pole points out that previous pollen fossil researchers have not previously highlighted a sudden change in the plant species present in the fossil record at the end of the Oligocene period that you might expect if there had been a large 'turnover' in species due to extinction and then recolonisation. Landis and company concede that this is largely correct, although a few authors do indicate something was changing in the flora during this period. However, they go on to say that this is not too surprising given that pollen, as mentioned above, usually does not confirm the identity of species. If a species of a genus or family of plants went extinct in the drowning there is a good chance that another species of that group will colonise after re-emergence and we wouldn't be able to tell from the fossil if they were different. Landis and colleagues conclude with the comment ‘Although we cannot disprove the contention that land existed continuously in the New Zealand region throughout the Cenozoic, neither can we find evidence to support that hypothesis’. The debate will continue...

Posted by Adrian Paterson at 1:59 PM

This kind of information is very limited on internet. Nice to find the post related to my searching criteria. Your updated and informative post will be appreciated by blog loving people.

This is my Good luck that I found your post which is according to my search and topic, I think you are a great blogger, thanks for helping me outta my problem..
Free Dissertation Topics List