Hurunui College established the "Nina Valley Restoration Group" at the start of 2009. Nina Valley is located near Lewis Pass and is a region of beech forest. The valley has a good level of accessibility with tracks running from the road to the head. A major goal of the group is to establish a breeding kiwi population. The group has successfully gained funding from BNZ Save the Kiwi and the Air New Zealand Environmental Trust. 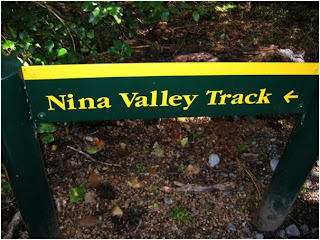 The funding has been used to purchase 150 DOC200 and 40 Henry (resetting) traps to control mustelids, particularly stoats. Stoats have a large impact on bird breeding paopulations. In November 2009 about 20 volunteers - students, parents, and a couple of NZ Deerstalkers Association members - spread these out over 15 km of river valley in the Nina valley. The traps were checked and reset fortnightly by groups of 5-6 students and parents over the summer season. 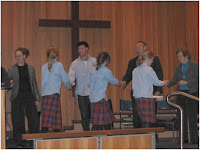 The 2010 Youth Leadership for Sustainability Awards are a joint initiative between Environment Canterbury and Ngai Tahu recognising awareness of environmental and social issues among Canterbury’s youth. The individual award was open to students in Years 12-13 and recognised their work in sustainability, either through their own initiative or by supporting or leading a wider project. The group award celebrates the contributions of a youth organisation, marae or school. Nina Valley Restoration were placed as group category prize-winners, along with Lincoln Enviro Organisation and Youth River Action, in recognition of their excellent work.

The "Restoration Group" consists of around 20 students, ranging from 12-15 years old. It was set up at the beginning of 2009 by Hurunui College science teacher, Tim Kelly, and DOC ranger, Malcolm Wylie. Since then, the group has done kiwi-listening, and trapping and tracking-tunnel training. They have had hands-on opportunities to view kiwi eggs and chicks raised through the BNZ Operation Nest Egg at Willowbank. 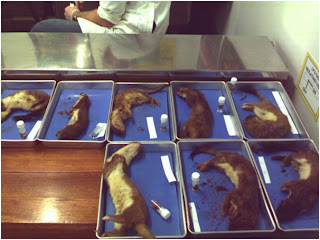 Since the Group was formed staff and students from the Department of Ecology at Lincoln University has helped with installing and monitoring tracking tunnel (purpose built wooden tunnels containing inkpads and paper that record when stoats move through them). Also, the department has hosted a group of Hurunui student while they investigated stomach contents of stoats caught in traps at Nina Valley.

Tim Kelly has recently applied to the Royal Society of New Zealand for a 6-month teaching fellowship. If successful he will be hosted at Lincoln University while working with Drs James Ross and Adrian Paterson and his study will investigate new self-setting traps for stoats and possums.

Posted by Adrian Paterson at 12:46 PM