Life is a Garden, Dig it- and plant some green manure while you’re at it! 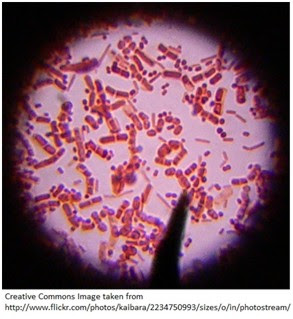 This article was prepared by postgraduate student Scott Sharp-Heward as part of the ECOL 608 Research Methods in Ecology course.

New Zealand: land of the long brown dairy farm. Or at least it sometimes feels like that, what with the proliferation of dairy farming over the last 10-15 years. This typically intensive farming method is often associated with loss of biodiversity due to removal of natural habitat and food sources for endemic species. However, one of the largest and most varied reservoirs of life, the soil, is often not taken into account when examining the effects of farming practices. This seems like a huge oversight when the pesticides and fertilisers being applied in conventional agriculture are likely to directly affect soil-borne life. In contrast to this, organic farming often concentrates on soil microbial health to a great extent, something which can be seen in such international organisations as Soil Foodweb. It is often thought that organic farms have a much wider diversity and larger amount of microbial life in soil than conventional farms, but is this truly the case?


Christine Stark, Leo Condron and their team at Lincoln University sought to address this question by carrying out a study on the links between soil microbial properties and agricultural production systems. In particular, the effects of long term land use management and short term land use practices on soil microbiology were studied. 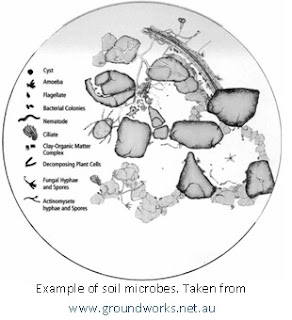 
In this study performed at Lincoln University, soil taken from two farms of different long-term management types (one conventional farming, one organic farming) had different nitrogen fertiliser treatments applied to examine the effect on soil life. These fertiliser treatments included use of an organic form of nitrogen (green manure lupin) and use of an inorganic form of nitrogen (urea fertiliser). It was found by Dr. Stark and her colleagues that while there was slightly greater microbial life to begin with in the organically farmed soil, it was not statistically greater, so it was concluded that there was no major difference in soil life between the long-term farm management types. However, when it came to getting a response from the soil micro-organisms from the different types of nitrogen fertiliser that were applied, the green manure lupins stimulated not only a massive increase in both soil microbe population but also in diversity- even in conventionally farmed soil! This was in stark contrast to the Urea fertiliser which didn’t elicit any response in the soil microbial community when applied.


So the results are clear- if you want soil with a bustling microbial population, make sure you till plant matter back into the soil and grow a green manure crop whenever you can!