A fungi to be with: Pines, Trichoderma and ECM fungus

The Syrian army are reported to be using cluster bombs on their own people. What makes this weapon more abhorrent than many of the other methods that they have been using? Cluster bombs are very unselective. Once fired there is no way to target them, except at a general area. So the illusion that you are just trying to get the opponent's soldiers is gone and there are a lot of civilian casualties. I couldn't help thinking that we have a similar problem in pest management where the tools that you use to kill the 'bad guys' will also kill the 'good guys'. The pest management tools are usually, also unselective. Drop toxins in a forest and they will do a great job of taking out the rodents and possums but they may also take out the native birds or someone's dog, if you are not careful. That's why much of the current research in wildlife management is in making toxins and traps more species specific. The same concerns occur even if you are not looking at pesky pest mammals. 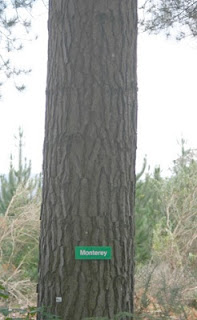 One such system can be found in growing pine trees. Pinus radiata makes up almost all of the forestry in New Zealand with over 40 million seedlings sold every year. Pines grow very fast in New Zealand, much faster than in their native Californian homeland. Small increases in health and growth of seedlings provides significant gains for growers. One method of getting this advantage is to add a beneficial fungus, Trichoderma, to the cuttings. Trichoderma enhances the health of the seedlings, not least by stopping competing fungi from growing. Many of these fungi are not helpful for the growing pine but there are a group that are very important - the ectomycorrhizae (ECM) fungi. ECM fungi form a close partnership with pine tree roots where the fungi get carbon from the tree and the tree gets difficult to obtain nutrients from the soil via the ECM fungi. Part of the healthy development of the pine seedling is the successful accumulation of a community of ECM fungi. Potentially this is at risk if Trichoderma is used as Trichoderma may not be able to recognise the good fungi from the bad fungi.


A research group at Lincoln University (Hayley Ridgway and Eirian Jones from Department of Ecology, Leo Condron from Department of Soil Science and Rhys Minchin from the Bio-Protection Centre (which formed part of his thesis work) wanted to see how selective Trichoderma is in removing competing fungi from pines. They set up growing conditions that are similar to nurseries and treated some of the pine seedlings with Trichoderma. They also varied the timing of the application of Trichoderma from planting to 3 months after planting. The seedlings were followed over 9 months and then harvested. 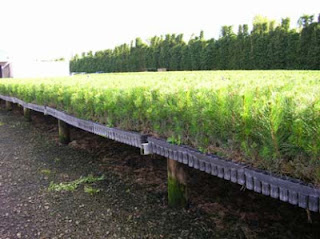 Seedling health and size was measured and DNA methods were used to identify the ECM fungi present. These results have been published in a paper published in Annals of Applied Biology.  The good news was that Trichoderma did not seem to affect the ECM fungi that were present. However, the seedlings in the study, in all of the tests, had a very low diversity of ECM fungal species compared with pine forests. Trichoderma is useful in the nursery situation but it would be intersting to see what happens in a more fungally diverse natural situation. So, unusually, here we have a weapon that may not target the 'good guys' as much as the 'bad guys'. Let's hope that we continue to find these methods!

Posted by Adrian Paterson at 12:04 PM