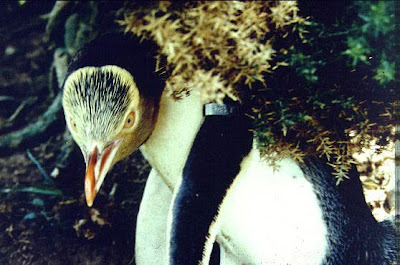 There is a great song by Tom Petty which I always find moving. 'Southern Accent' conveys the longing to be back home with kith and kin when you are living away - summed up by 'there's a southern accent, where I come from'. Having grown up on a sheep farm in South Otago (just out of Balclutha and only a few kms from Telford) I can certainly claim that there is a southern accent where I come from. I still have plenty of kin down there and when I take the family down to Kaka Point for Christmas holidays the 'rolling r' is very much in evidence. Often the students that I teach also have the accent and I can usually even tell if they are from South Otago or Eastern Southland (although I couldn't explain the difference). Having lived away from Clutha for 28 years, first in Dunedin and then Canterbury, I have almost lost my 'rolling r' (although, interestingly, my sons developed the accent for a while when they learned to talk). Sometimes it pops out though. It doesn't help that my parents moved to a farm just out of Ashburrrton, which I end up saying a lot. So this accent is a little clue to my past. It tells a listener that I am likely from the southern part of New Zealand. Why does the accent exist? It's not like it is the result of genetic mutation and yet it is passed from one generation to the next. If a child is born in Balclutha or Gore or points in between then the predominant accent they hear is that of locals and so the accent is passed from one generation to the next. No genes required, just a similar environment for each generation. There is speculation that the accent is a remnant from the predominantly Scottish settlers in the region. So behaviour can tell us something about the past. How far back can it provide information for?

In biology we are often interested in how species and their traits have evolved. We use all sorts of information to help reconstruct what ancestors were like, where they lived and what they did. Genes and morphology (what traits look like) are commonly used but what about behaviour? Can behaviour tell us about what happened in the evolutionary past (hundreds to thousands of generations ago)? There are some obvious arguments against using behaviour like this: instability (behaviours can change from use to use), evanescence (behaviour only last a short time and are gone), lack of trait independence (behaviours don't really have clear beginnings or endings but rather merge into one another), small likelihood of fossilization (so no way to actually know for sure what ancestors did) and problems with homology (how do we know that a behaviour that we see in one species is really the same as one that we see in another species). All good questions that have been asked since Darwin wrote the first book on animal behaviour. Over the last couple of decades various researchers have looked at what behaviour can tell us about evolution of species, usually with positive results (for example as part of my PhD I looked at this question in New Zealand seabirds, like albatrosses and shearwaters). In recent years I have asked similar questions about penguins. Penguins are a great charismatic bunch of birds, a widely distributed group of species spread around the Southern Hemisphere. As Joe Bennett said this week (in The Press) "Penguins are barely birds. Their feathers are like fur and their wings are flippers. They swim like seals, they walk like drunks and the fly like bricks". While we know which bird species clearly belong to the penguins, the relationships among the penguin species and how they are related to other bird groups is much less clear. This is likely because penguins are so adapted to the marine environment that it has removed many morphological clues. Perhaps behaviour will fare better and provide information about penguin history? My colleagues Russell Gray (University of Auckland), Graham Wallis, Martyn Kennedy (University of Otago) and I set about finding out.


In research published in Cladistics we were able to show that it's a complex answer. We worked under the principle that similar behaviours in some species implied that they were closely related (the behaviour had evolved in a common ancestor and been passed on). First, we started by collecting information on behaviours, such as courtship and aggressive displays, and life history traits, such as types of nests and timing of breeding. The main difference between these types of traits was that behaviours were clear actions performed by the penguins whereas life history traits were the outcomes of behaviour decisions, e.g. living in forest is not a behaviour but it is the consequence of behavioural decision making by individual penguins. We collected 68 traits that we could compare between penguin species. We then took this data and constructed an evolutionary tree for the penguins. A good reasonably sensible tree was made from the data but how could we tell if it was the 'correct' tree? For penguins there has been extensive DNA analyses of their evolutionary relationships over the last few years and we are reasonably confident that we have the 'correct' penguin tree based on DNA. So it was a matter of comparing our behavioural tree with the molecular tree. Surprisingly, the trees did not match significantly. Why is this surprising? Well, most other studies like this have found that behaviour trees are just as accurate as molecular trees. So what was up with penguin behaviour? Were penguin behaviours more changeable than other types of animals? Mapping behavioural traits onto the DNA trees indicated that many of the traits had persisted for millions to tens of millions of years. What seemed to have happened though, was that some behaviours in different species were similar to one another, not because they had inherited the behaviour from a common ancestor, but because they had converged to be similar looking behaviours with similar functions (they looked the same and did the same things). Perhaps this is because the selection pressure of living in a marine environment constrains the kinds of behaviours that will work there or perhaps the morphological changes of penguins adapting to water constrain the types of behaviour that these body shapes can perform.

So, while some penguin behaviours tell us about the distant past others tell us about the compromises that penguins have made to living in an environment reasonably foreign to most other birds. This is a little analogous to my southern accent. The 'rolling r' of southern NZ tells us that ancestors of the current population came from Scotland (which mine did). However, some of my friends at school had parents that had emigrated from the Netherlands after the war. They still had the southern accent but that was an adaptation to living in the southern environment where everyone else had the trait. As Tom Petty sings "I got my own way of talkin', but everything is done, With a southern accent, where I come from". Our work, both in this paper and in the future, focuses on how to tell the difference between these kinds of behavioural similarities for penguins and people.

Posted by Adrian Paterson at 12:13 PM