In which we see the value of rational thinking.

We all behave irrationally at times. I like to think that I am rational about most things but I do have an irrational dislike of rugby league. I am passionate about rugby union but the similar code leaves me very cold. In fact one of the first things that I said to my first son was not some memorable gem or a quote for the ages but rather the comment that "You won't play league"! In my line of work as an evolutionary biologist I do occasionally come across less than rational thinking when I encounter creationists. In New Zealand we don't have huge numbers of people in this group (but probably more than you would think). Surprisingly, I very seldom run into them at university - I guess if you are attending a course called 'Evolutionary Biology' you can hardly complain about the content. I did see an example of this last weekend at the Ecoblitz where I was giving a talk on kiwi and what these amazing birds tell us about New Zealand's history. I mentioned various adaptations that they have, the length of time they have been in New Zealand, how they are related to other ratites and so on. The audience was made up of teens from various schools and four or five from a christian school had to get up and leave (rather than risk eternal damnation I suppose). These schools must struggle with a lot of biology because, as the old saying goes, nothing makes sense in biology except in the light of evolution. 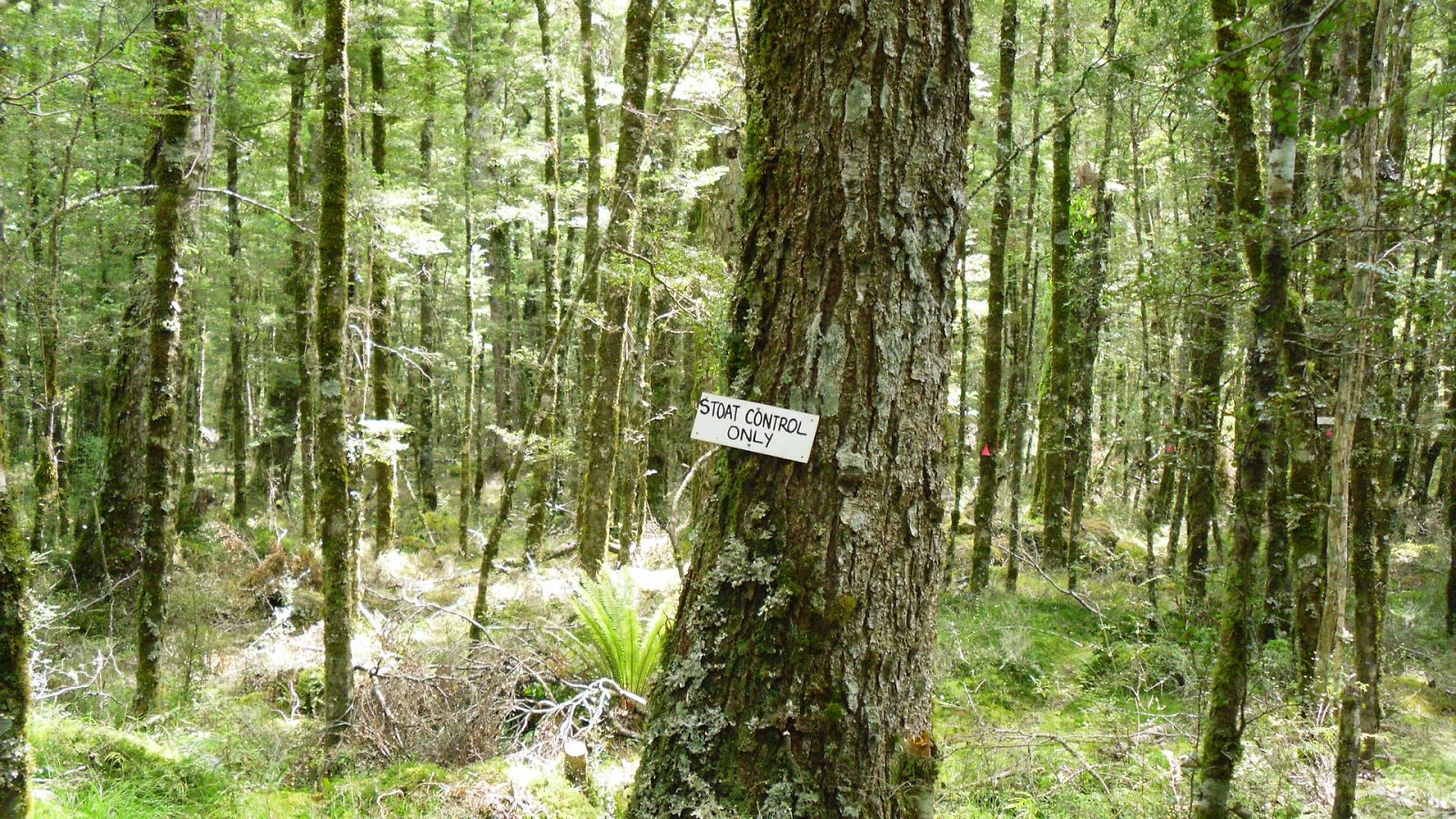 In New Zealand there is one debate that seems to be a magnet for less than rational thinking. I have seen this debate transform intelligent and worldly people into irrational, conspiracy theory riven fanatics. I speak of course about 1080. 1080 is a form of the toxin sodium fluroacetate which occurs naturally in plants in the Fabaceae family where it acts as a deterrent to leaf browsers. 1080 is widely used in New Zealand for control of introduced mammalian pest species where it is delivered in baits (usually cereal based) that are either dropped aerially or put into bait stations. It is extremely effective in controlling possum populations which are a major target in New Zealand. Large areas of New Zealand's conservation land have 1080 operations which successfully reduce possum and rat populations by over 90%. With these predators and competitors removed, native species, especially birds and invertebrates, tend to do well and their populations grow over the next few years until possum and rat numbers recover. This somewhat drastic approach works well in New Zealand as there are no native mammals that will take these baits and therefore no non-target species to eat the toxins.

Since the 1950s there have been thousands of operations and hundreds of scientific studies and publications. Techniques for delivery have been refined (less than 10% toxic bait is now used because we have gotten better at spreading it where we need to), behaviour of pests in response to 1080 is better understood (reducing unwanted behaviours, like bait shyness where individuals eat enough to feel sick but not enough to have a lethal dose) and impacts on non target species are better understood (there are various repellants that can be added to discourage species like deer or kea from eating the baits).
The advantages for the populations of native species, from plants to insects to birds, has been demonstrated in many studies. And yet. And yet there is a strident group within New Zealand who make wild claims about 1080. You can't drive around New Zealand with out seeing signs like "1080 kills everything" or "DoC poisons our birds". Claims are made that 1080 is poisoning the groundwater and it isn't safe for pregnant women to be in the same catchment as a poisoning operation.

None of these claims seem to be based on any actual evidence and it's hard to see why these things would be correct. No one has every explained to me why the Department of Conservation would want to poison native birds after spending decades building up these populations, for example. The Wilderness Magazine has just run an article in which they look at ten beliefs about 1080 and get some information on these beliefs from three experts, Dr Jan Wright (the Parliamentary Commissioner for the Environment), Dr James Ross (a wildlife management scientist who is in the office next to me), and Dr Penny Fisher (a toxicologist with Landcare Research and a former PhD student of mine). To read the article you need to buy a copy of the magazine but the article is summarised here.  Ten beliefs about 1080 are discussed. What this discussion shows is that 1080 is indeed a toxin that will kill most animals if they eat enough of it (which is why so much research has been on delivering the toxin in minimal amounts to precise areas with specific targets), 1080 remains our main toxin because it out-performs all other toxins that have been trialled/used so far, native ecosystems do not recover without intensive and ongoing pest control, non-target organisms will occasionally take a poison bait but the benefit in growth to local native populations outweighs these deaths in the medium term, and that 1080 does not enter groundwater (in fact there are native plants that contain their own sodium fluroacetate). It's a timely article (and there is a large scientific literature if you want to know more of the details) but do I expect an outbreak of rational thinking? Of course the issue with beliefs is that they are difficult to change. So I suspect we'll still be discussing 1080 for many years to come.


For more on this topic you can read articles on possum home range changing with density, the fate of toxins in pest carcasses, using sound to better lure possums to baits, stopping kea eating poison baits, assessment of different toxins, possum impact on vegetation, a new stoat toxin, a new toxin for wallabies.
Posted by Adrian Paterson at 12:08 PM